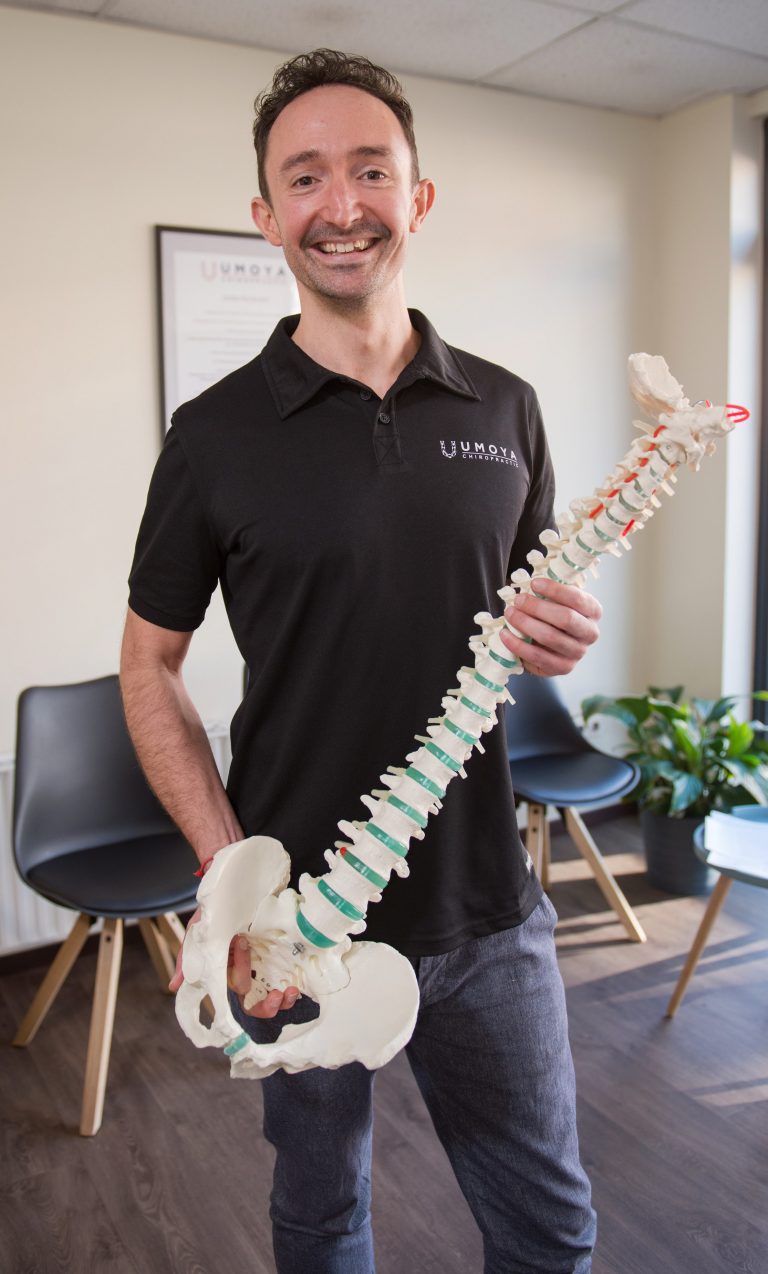 Johan Engelbrecht, born and raised in South Africa, has lived in Limburg since 2011. In 2018 he started UMOYA Chiropractic.

The word UMOYA, meaning "spirit," comes from Zulu, one of the tribal languages ​​in South Africa. The spirit is that which animates all living beings. It is what drives us, which makes us alive - just like the nervous system that drives us. We can, for whatever reason, experience a dip or even decrease in our expression of our driving force. Our goal at UMOYA Chiropractic is to revitalise this driving force within our body. Our spirit. Our UMOYA.

Johan completed his university studies as a Chiropractor with honors at the University of Johannesburg. During his studies he was an active member and African representative at the World Congress of Chiropractic Students. In this context, he has traveled extensively, visited many countries, and became acquainted with various philosophies within Chiropractic. Experiences he has gained through this have have led to his current perspective on Chiropractic and health: namely that the body is made to be healthy, and able to direct itself optimally. The central point here is that the nervous system enables this by having the body adapt optimally to its environment, and that Chiropractic can make an important contribution to this.

After his study, Johan gained work experience in Cape Town, South Africa, before making the trip to the Netherlands. His choice to come to Europe was mainly due to the availability of Chiropractic networks, post-graduate education, and employment. After working for several years in the Netherlands as a Chiropractor, he decided to start for himself in Maastricht. UMOYA Chiropractic is the result of this decision and vision for a healthy community.

Johan lives with his family in Maastricht. In his free time, he likes to take photographs, travel, engage in sport, and spend time in nature. In addition, he is a coffee-lover and likes to experiment as an amateur barista.

What do we treat?

Chiropractic Registration Board for the Netherlands (SCN)